That time of year

We are settling back in to the school routine at my house.  My oldest started 1st grade about a week and a half ago. This is the picture I took of him one the first day...


He's pretty happy being back in school with his friends and he has the same teacher as last year which makes it the transition that much easier.

My little one and I settling back in to our routine.  I think we are beginning to transition out of regular naps but she is pretty good at entertaining herself for short periods of time so I can work on sewing project or chores.

I don't remember exactly when I started stitching these hexies but it was a while ago. Over the summer they were my take along project for swimming lessons.  I tried several different layouts before deciding which arrangement I liked best. 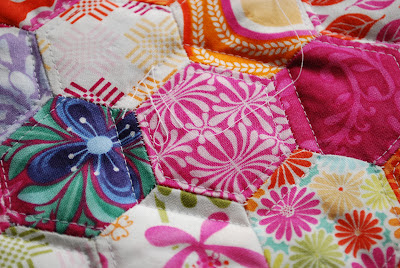 Originally I was thinking that they would become a pillow but when I was trying to come up with the background fabric I decide they would look better as a mini quilt.  I just lined up the side of my foot against the previous row of stitching and echo quilted around the shape that the hexies made on the background.  It was a bit tedious with all of the angles but I'm in love with the 3D effect that it gives the quilt. 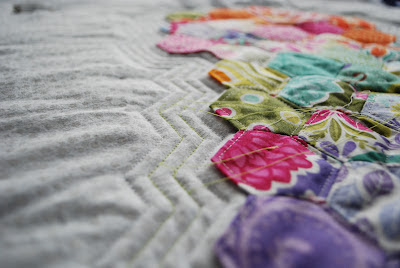 I also love the way the colorful hexies float in the white background. The hexies, backing and binding are made from Terrain by Kate Spain and the white background is something I had on hand.  It is a tone on tone print that has tiny white flowers on it. 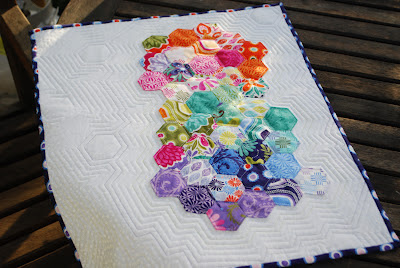 This mini finished at 17" by 20". I used one of my personalized Sweetwater Label Crew labels on that back. 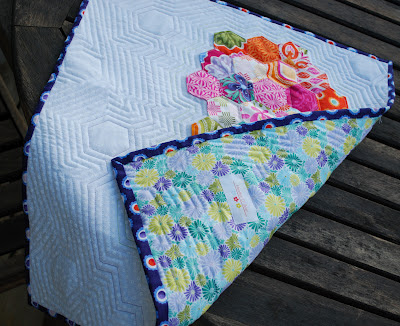 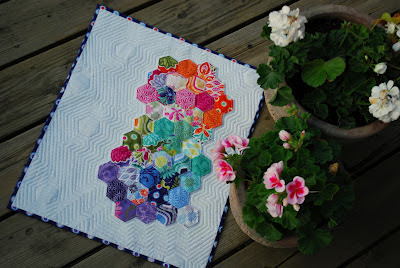 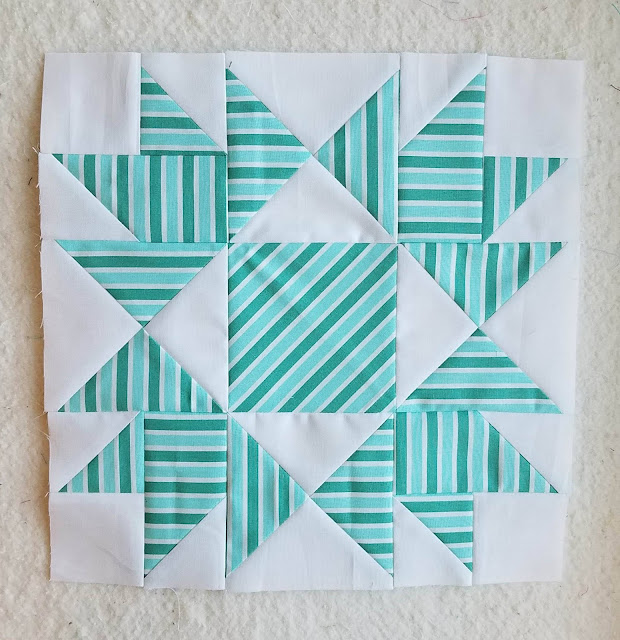